Ethanol Plant; Fraud, Bad Deal or just plain Not Smart Leadership? Who got rich, who pays for it?

Hoke County, North Carolina Ethanol Plant Background;
The Hoke County Commissioners sponsored a development agreement to build an Ethanol Plant. The county gave CleanBurn LLC 500 acres on the county’s 1,366-acre industrial site, about three miles south of Raeford in Dundarrach.
The land was part of a 635-acre parcel purchased by the county in 2006 for about $3.8 million and initially gave Clean Burn 500 acres there. About $1.5 million was spent by Hoke County to extend utilities to the site.
CleanBurn Fuels originally filed for permission to build the plant in 2005. By 2007 it had been awarded a $35 million loan from the US Department of Agriculture (USDA), in addition to a $65 million bank loan from Cape Fear Credit Union and alleged funding of $10 million from private investors.
The plant was expected to begin producing 60 million gallons per year of ethanol by mid-2008 but on going problems meant the plant’s opening was delayed until Q2 2010. However in March 2011, fewer than 12 months since production began, rising corn prices forced the facility into temporary closure. Clean Burn Fuels LLC filed for bankruptcy on April 4, 2011 and then Cape Fear Farm Credit foreclosed on the loans. The property was auctioned on 24 August 2011. Cape Fear was the highest – and only – bidder, with a bid of $34.5 million.
Cape Fear put it on the market and there were no takers. Three years later, in May 2014, Tyton N.C. Biofuels LLC, which is part of Danville, Virginia-based Tyton BioEnergy Systems, bought the plant for approximately $12.8 million.
Tyton NC Biofuels LLC in conjunction with Tyton BioEnergy Systems, intends to operate the plant with a special strain of “energy tobacco” as the feedstock. Tyton claims that this unique energy tobacco is a highly efficient source of plant sugars and oils for the production of biofuels.
Tyton claims that, ” . . . this proprietary energy tobacco can produce up to three times the amount of ethanol per acre as corn and three times the oil per acre as soy.”
Tyton claims to have a patent-pending extraction process.

Hoke County, North Carolina Ethanol Plant August 2016 Update
On the morning of August 26, 2016 there were a maximum of 8 parked cars in front of the office. There was no smell of fermentation. There was a small amount of steam, actually condensed water vapor from a few sources but it did not appear that the plant was running in anything approaching full operation. There was no the sound of electric motors or any crushing or grinding equipment.
One of our sources told us that the plant has just started this week and they will use corn as the initial feed.
The current owner is TYTON NC Biofuels LLC, incorporated in Delaware and with its principal office in Stateline, Nevada. Barbara Carlisle is listed as the first manager. Checking deeds and the recording tax of 0.2%, Tyton BioEnergy Systems (a separate corporate entity) has bought the facility for $12.8 million. There is no Tyton BioEnergy Systems registered with the NC Secretary of State. There is a Tyton Biosciences LLC (created in Delaware with its primary office in Danville, VA) registered with the NC Secretary of State. Yes it is confusing to those not familiar with corporate filings.
Tyton Biosciences on their website claims that they in conjunction with the Department of Energy have created a new strain of tobacco that will be the new feed to the ethanol plant. Tyton has claimed that tobacco will not need fermentation etc. Nonsense. No tobacco that we know of produces ethanol. Maybe some small amount of sugar but absolutely no ethanol. Ethanol can only be produced by fermentation which involves the destruction of sugar, sucrose or dextrose. We don’t believe Tyton’s claims and we need to see this new energy tobacco produce ethanol first.
Michael Futch, a reporter for the Fayetteville Observer, has reported that the project was made possible in part by a performance-based grant from the One North Carolina Fund of up to $232,000. The One NC Fund provides financial assistance, through local governments, to attract business projects that will stimulate economic activity and create new jobs in the state.
Checking the One Carolina Fund page we learn that Hoke County as a tier one county would be expected to match 1 for 3 of state money. So 1/3rd of $232,000 is $73,000 The Hoke County manager, Ms. Edens, has told us that no $73k payment will be made because Tyton has not performed on its commitments.

We spoke with a former employee of the Aberdeen & Rockfish Railroad. He described the railroad connection necessary for this plant. He told us that there was NO way that the railroad was going to pay for that track and connection. Hoke County has paid for roadway modifications, a sewerage plant, as well as the initial outlay for the land and we, suspect the operator may have a tax abatement in future years.
The following statement comes from the TytonBiofuels website.
“This proprietary energy tobacco can produce up to three times the amount of ethanol per acre as corn and three times the oil per acre as soy. When combined with a patent-pending extraction process, energy tobacco can unlock tremendous value for biofuel producers.”

To our knowledge, this alleged new tobacco plant product is still in the laboratory stage and has not been field tested nor obviously produced seed to make thousands of plants for full-scale production.
We believe that Tyton’s statement is nothing but a bald face lie and has not shown to be true either in research or in commercial facilities. Have thousands of tobacco plants been grown in a nursery for field planting? It will be hard to run an industrial plant on tobacco if none is available.
The plant closed in 2011 when the price of corn rose to about $7.50 per bushel. The other unfortunate fact of the matter is that present (2016) crude prices are about $45/petroleum barrel compared to the $80 range in 2011. All ethanol production has to compete in this real world economics environment especially considering that Brasil is still producing ethanol from sugar cane and the product is being imported through the Virgin Islands. Due to the Caribbean Initiative, there is no duty. We can’t see this plant surviving under any reasonable circumstance. It is absolutely imperative that the county does not “invest” any more money in this project.
Bottom Line – The Hoke Ethanol plant is a LOSER based upon a non-proven agricultural optimization and governmental funding and mandate. The taxpayers of Hoke County need to be informed of this fraud in that the county property owners are paying for it via their tax bills.
The plant first built by CleanBurn Fuels Inc. was estimated to cost in excess of $100 million of borrowed money largely from the Cape Fear Credit Union and the United States Department of Agriculture. Tyton purchased the plant for $12.8 million based upon their perception of the value of the land and the scrap value of the current plant.

Ethanol plant August 31, 2016 Update
HOKE’S GREATEST DISASTER
Conceived in illusion, developed in fraud, ratified in ignorance, fertilized by debt, useless as a plant without leaves. That is Hoke County’s ethanol plant. Hoke County taxpayers paid $3.8 million for an irrevocable gift of land to the plant and $1.5 million for utility improvements. $5.3 million in 2008 dollars was stolen from the Hoke County taxpayers. No encumbrances were placed on the deed, meaning that the plant could be sold and Tyton NC BioFuels would keep the proceeds. $5.3 million at 3% for 8 years is $6.7 million, today’s present cost to the taxpayers or about $143 per person for Hoke’s 46,952 population based upon the 2010 census.
The plant is trying to create a future with GMO tobacco that does not exist nor which has ever been field tested. Tyton Fuels presently owes $813,000 (Dec. 2016) in taxes and has to pay interest on a $15.5 million note, say $450,000 a year. The soonest that any tobacco could be harvested will be July 2017. How will these bills be paid from a plant that creates no wealth and produces no product? The ink on the plant’s obituary is still wet. The epitaph for the taxpayers has been dry since 2008. 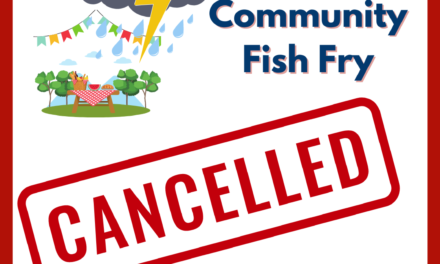 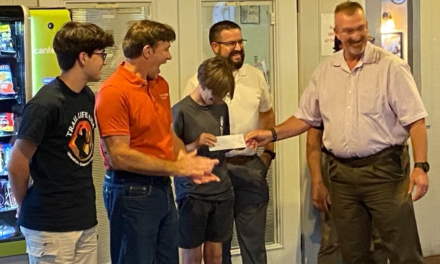 Today, I officially filed to run for Hoke County School Board of Education. Thank you to those that have supported me thus far, I hope to continue earning that support. The road to November 8, is a steep one but a challenge that I’m willing to take. If you’d like to get to know me and my platform better, check out:castellon.blog. If able, you may also donate to my campaign through WinRED or PayPal, both offered under the donate section of my campaign webpage. There’s no going back now. It’s now OFFICIAL. Students First Parents Always! ... See MoreSee Less

This is exactly the kind of legendary exchange we’d expect to come from a Yalie and Senator Ted Cruz 👏🏻 ... See MoreSee Less

Mark Robinson On Fire from the Pulpit on Trans Agenda

I was honored to have been elected to serve as North Carolina’s superintendent, and I jumped into the race fully understanding the complexity of the K-12 governance structure as laid out in our state’s constitution. However, I think it’s fair to say that for decades, both sides of the aisle have experienced challenges with this structure. Putting a constitutional amendment in the hands of voters is one approach to addressing the difficulties of this governance structure.#nced #ncga #ncpol www.carolinajournal.com/house-to-consider-making-school-superintendent-the-chair-of-state-board-o... ... See MoreSee Less